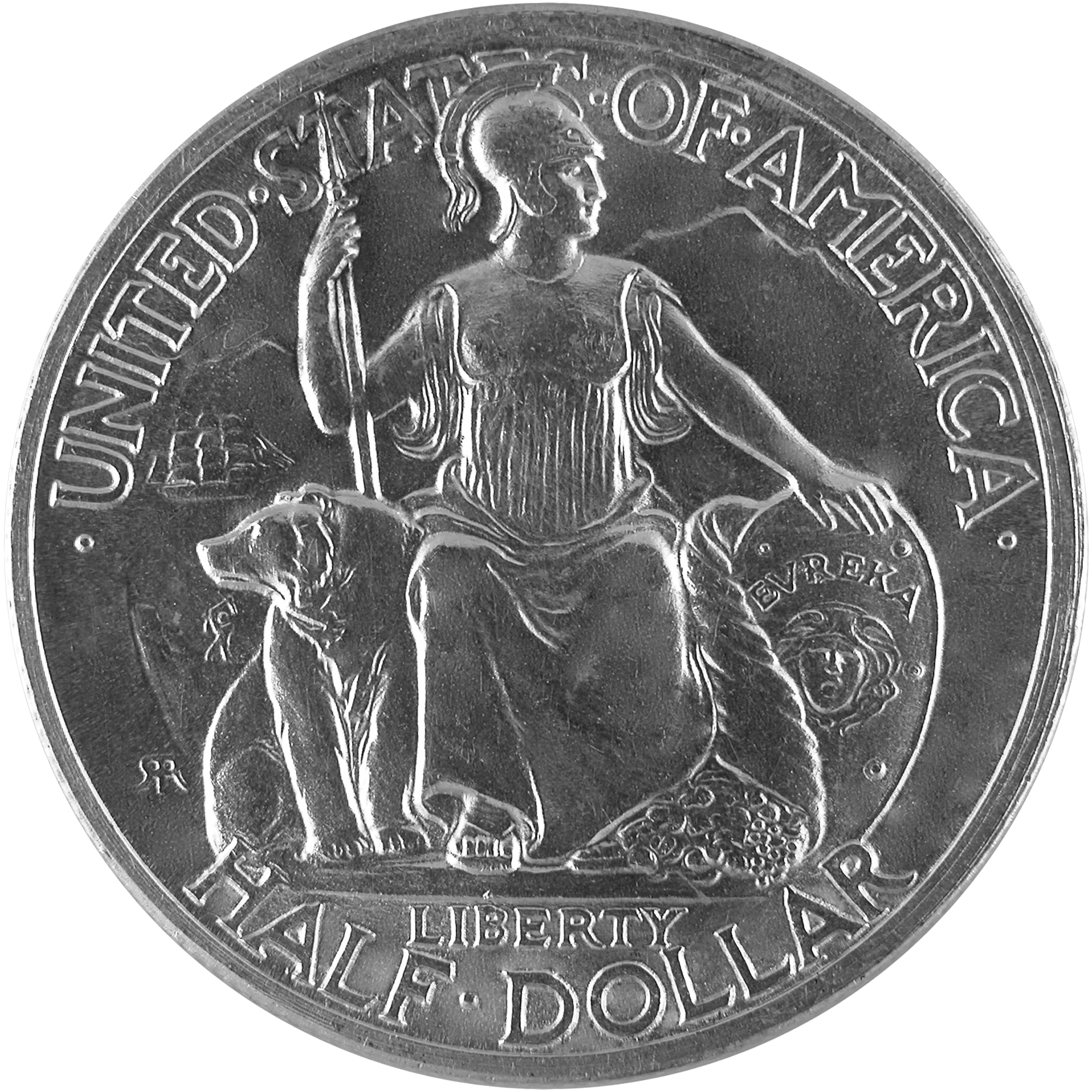 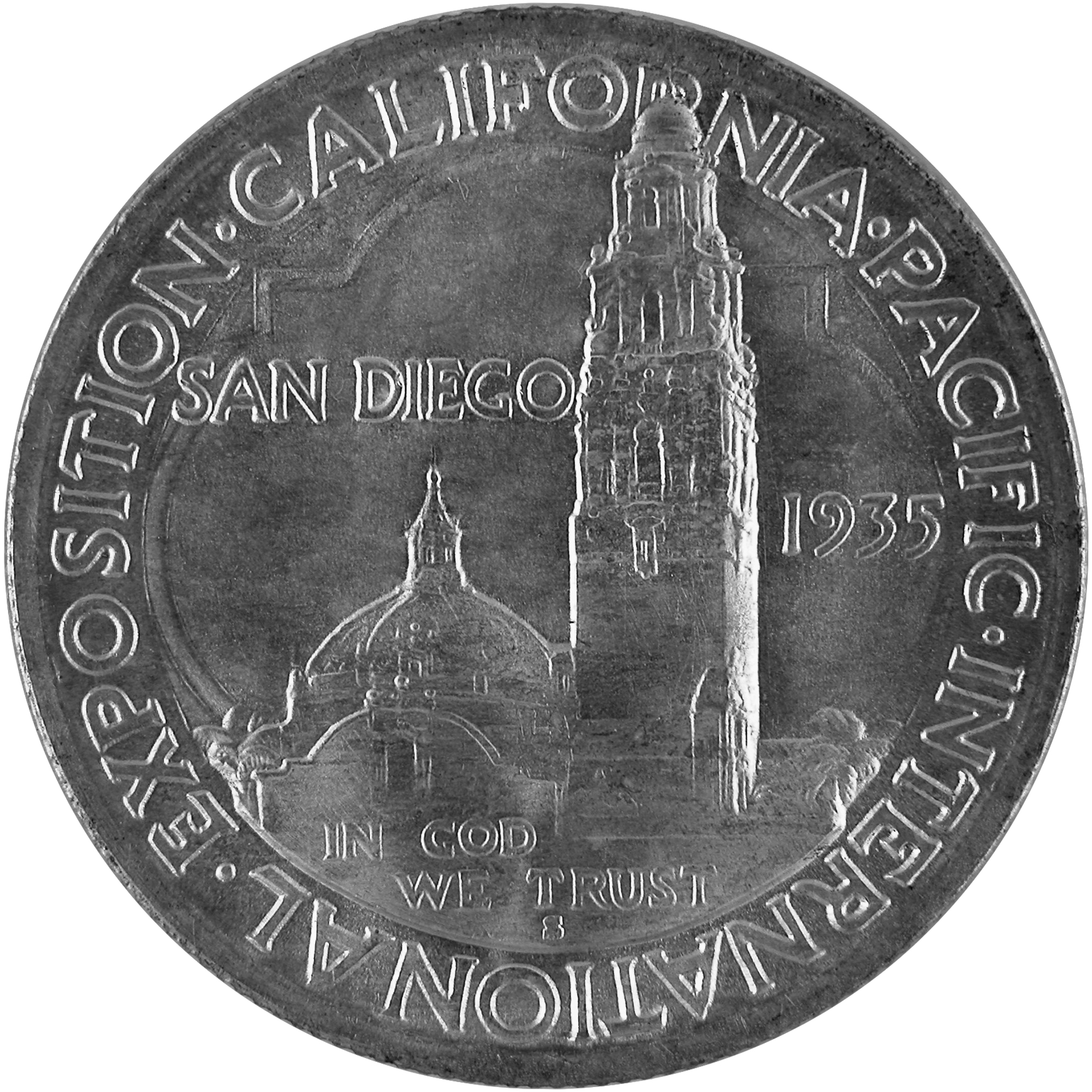 The San Diego-California-Pacific Exposition Half Dollar was issued in 1935 and 1936 to commemorate the city’s exposition during those years.

The obverse design features a composite image of a seated woman, bear, horn of plenty, ship, and a miner at work.

The reverse design features one of the exposition buildings with the name San Diego.