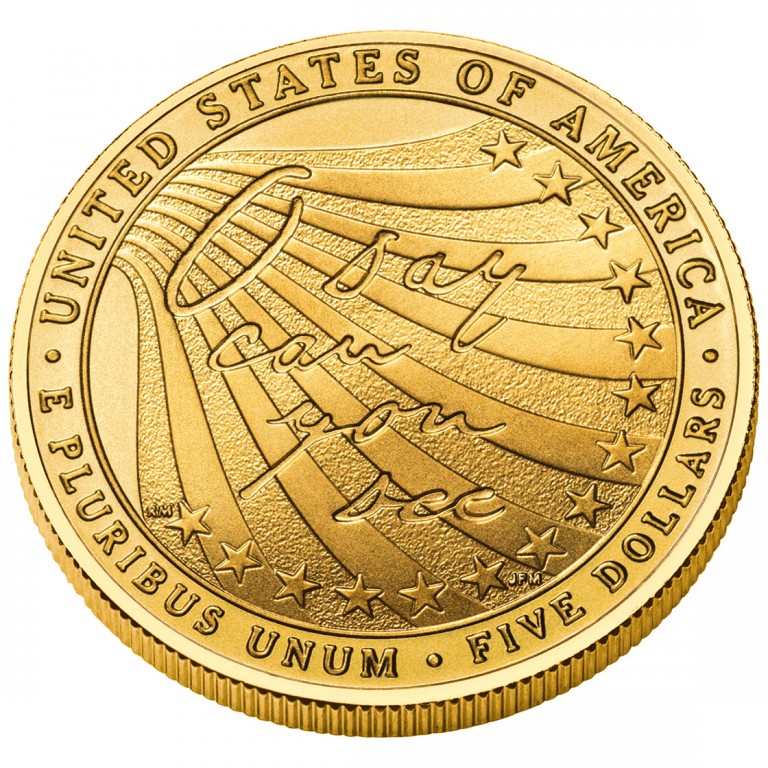 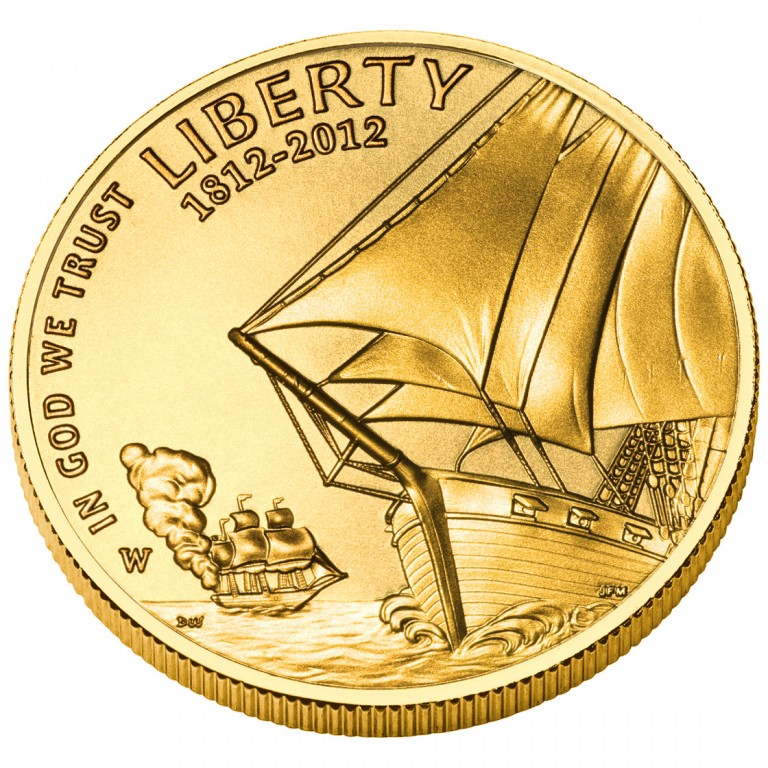 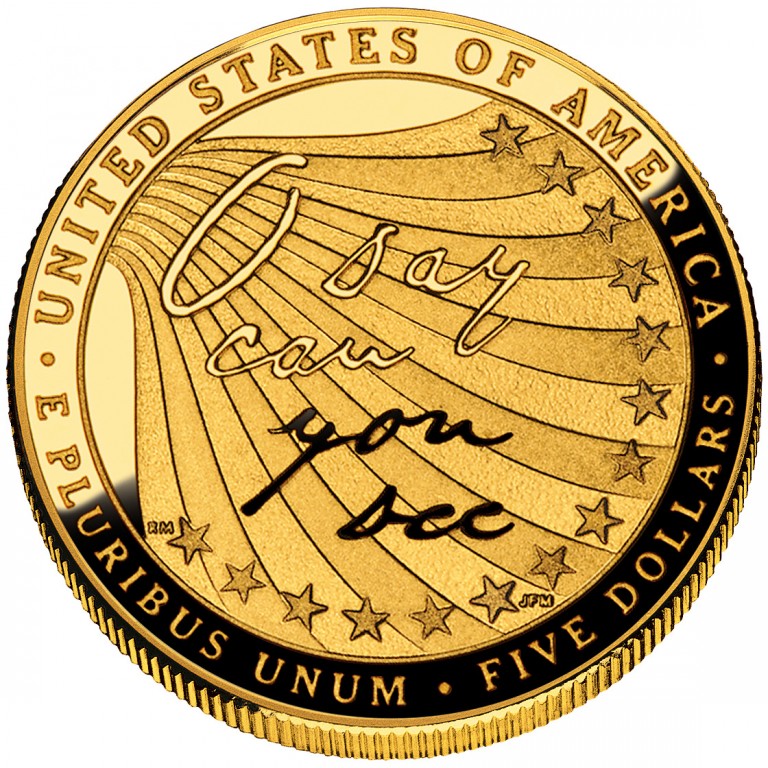 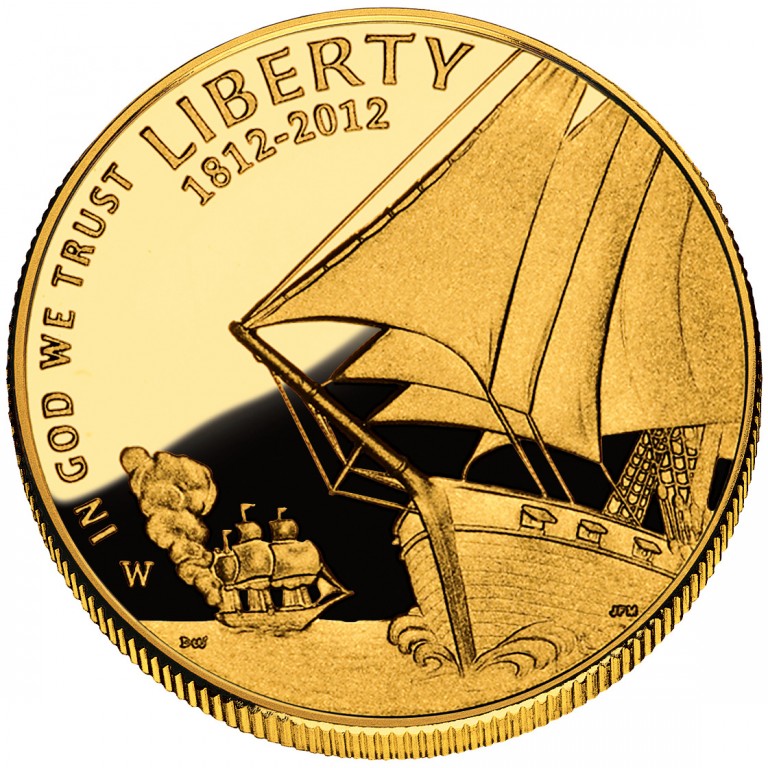 Surcharges collected from sales of the 2012 Star-Spangled Banner Commemorative Coins—$35 for each gold coin and $10 for each silver coin—are authorized to be paid to the Maryland War of 1812 Bicentennial Commission. The commission will use these funds to support its bicentennial activities, educational outreach, and preservation and improvement of the sites and structures related to the War of 1812.

The obverse (heads side) design of the 2012 Star-Spangled Banner Commemorative Gold Five-Dollar Coin is emblematic of the theme "The Battles at Sea During the War of 1812." It depicts a naval battle scene from the War of 1812, with an American sailing ship in the foreground and a damaged and fleeing British ship in the background.