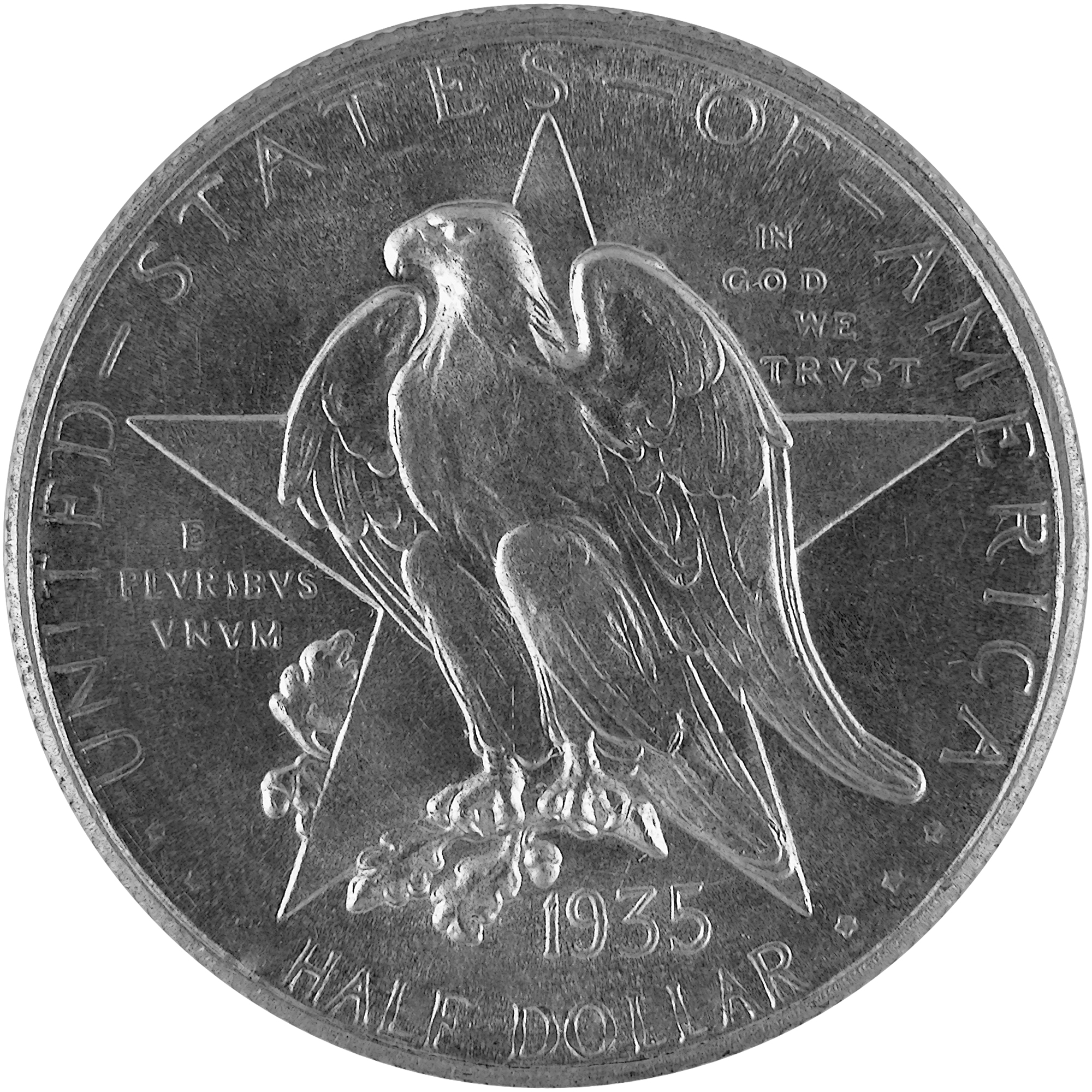 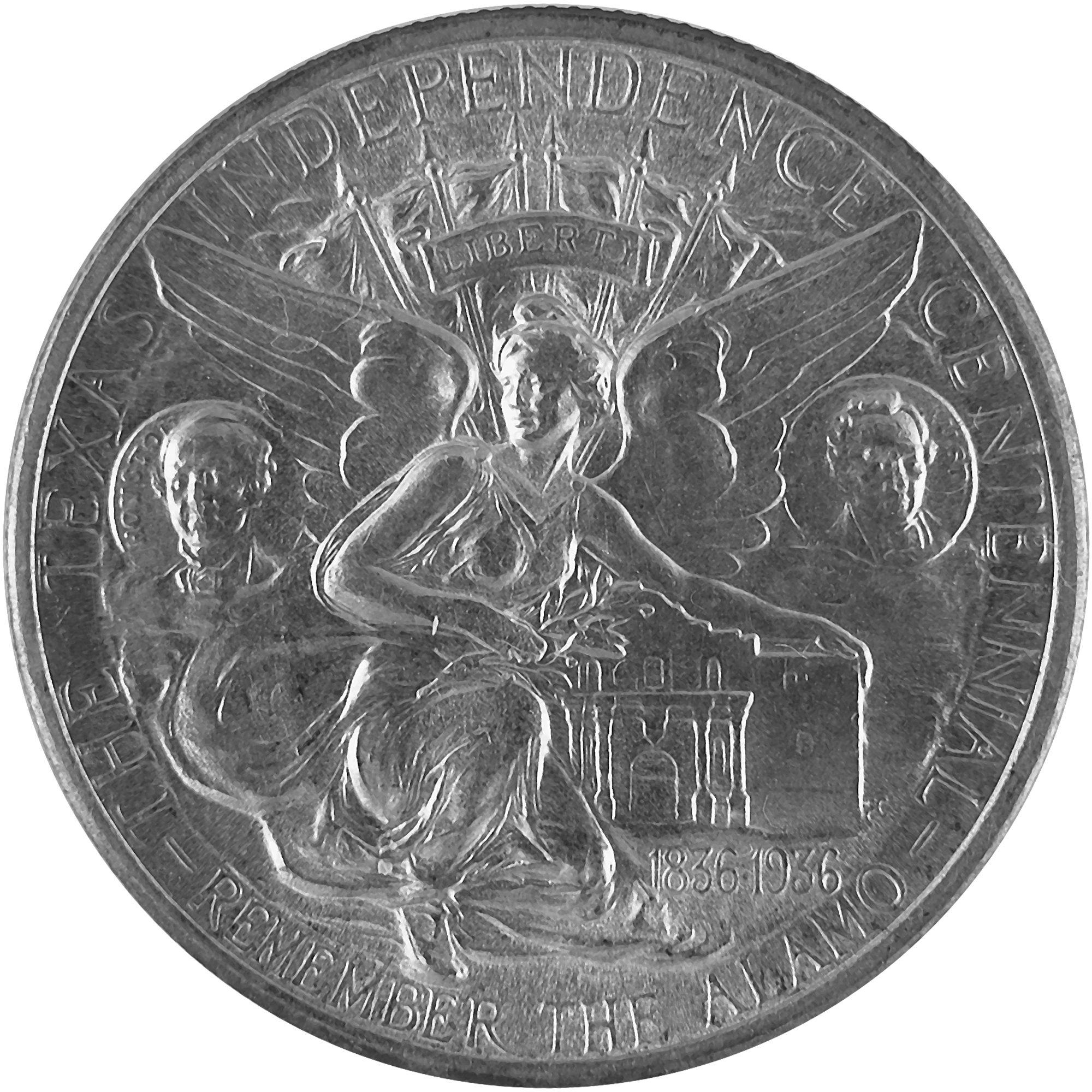 The Texas Centennial Half Dollar was released in 1934 to commemorate the 100th anniversary of Texas declaring its independence from Mexico.

The obverse design features an eagle superimposed on a large star, clasping an oak branch.

The reverse features the winged kneeling female figure of Liberty extending a left arm over the Alamo. She holds a spray of laurel in her right hand and is flanked by portrait likenesses of Houston and Austin and the tops of six battle flags.