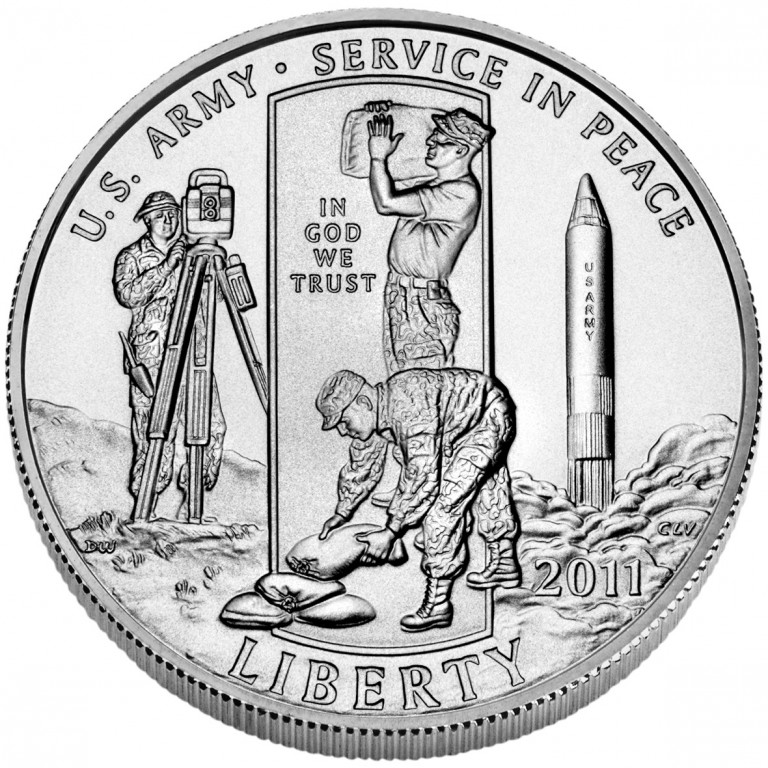 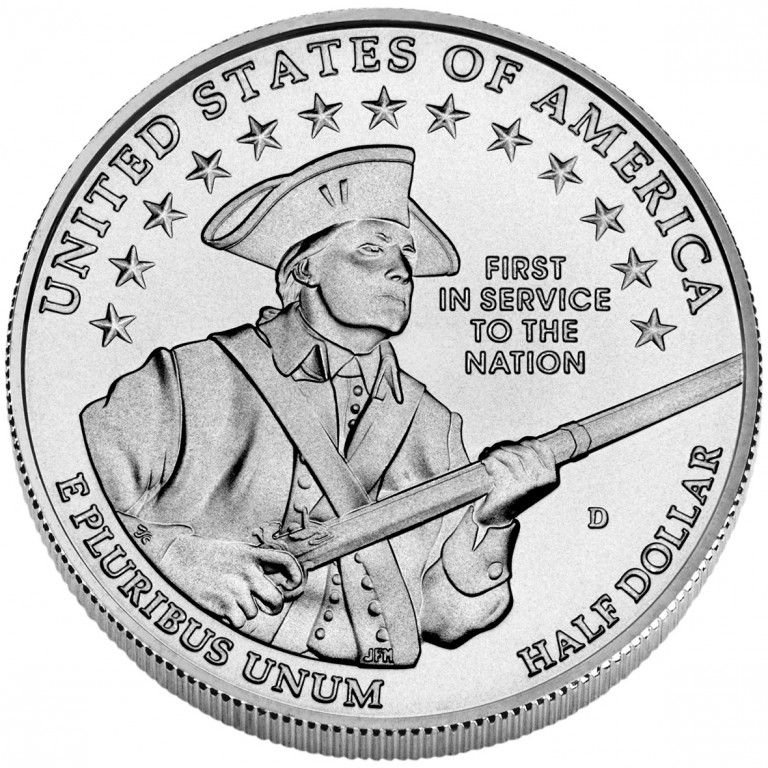 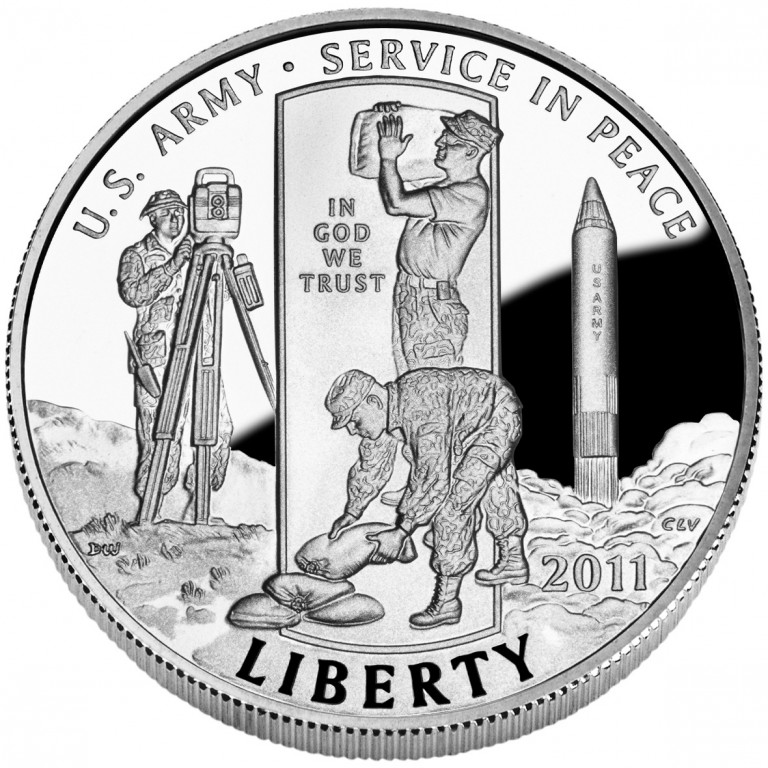 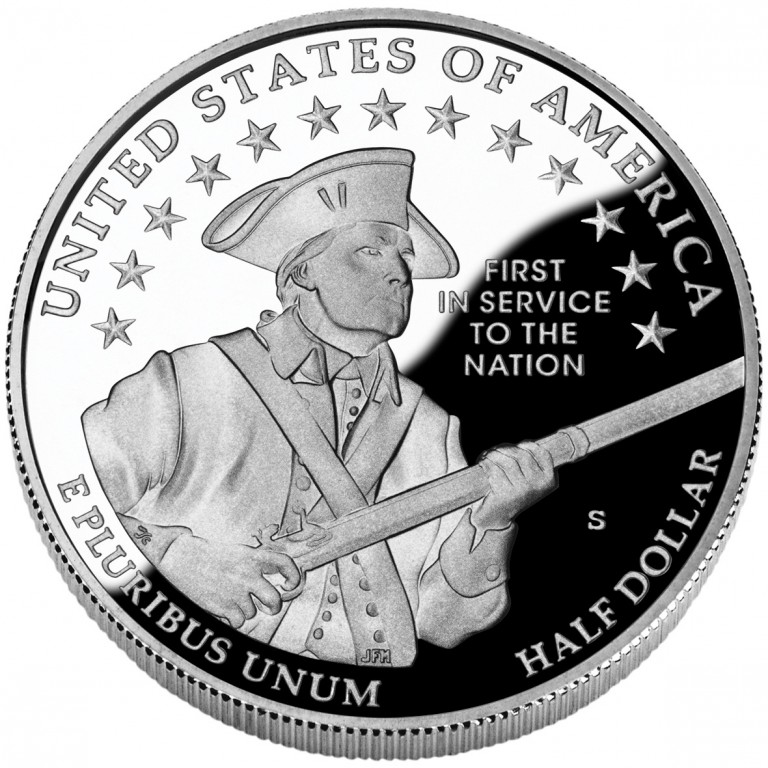 Reverse: This design symbolizes the U.S. Army as the first military service to defend the country and its key role in the Nation's internal development. It features an enlisted Continental soldier armed with a musket and 13 stars representing the original Colonies.