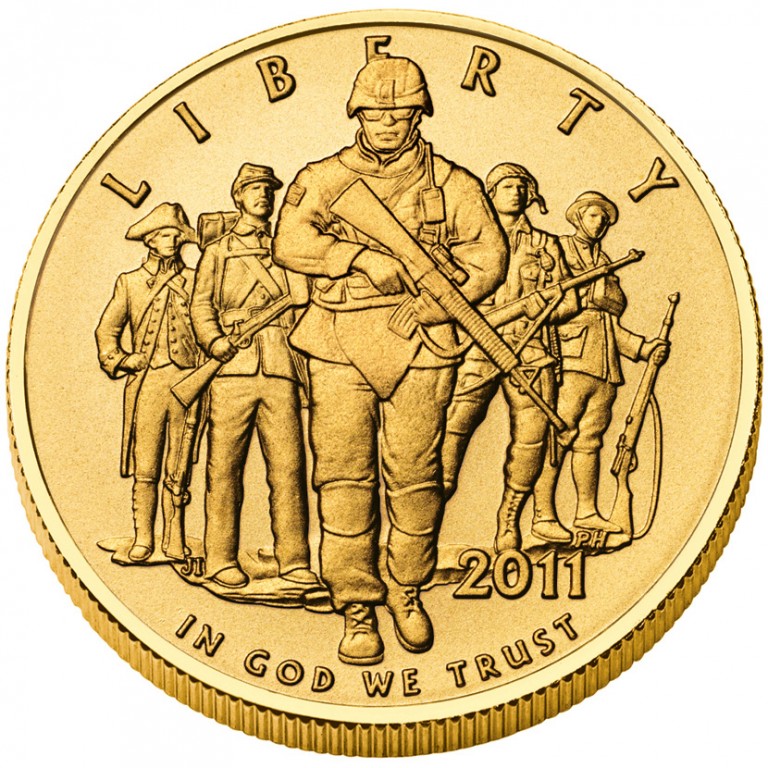 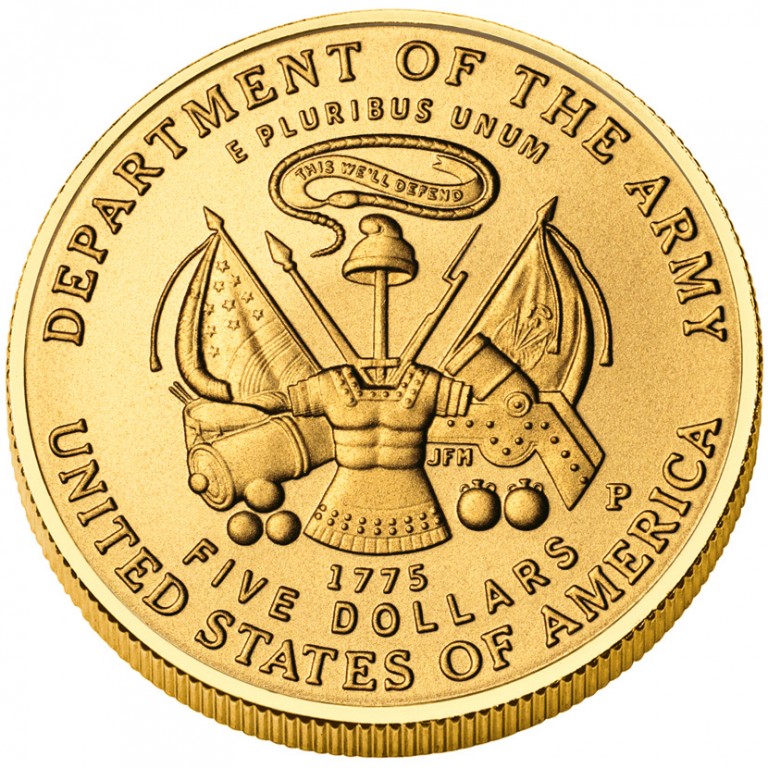 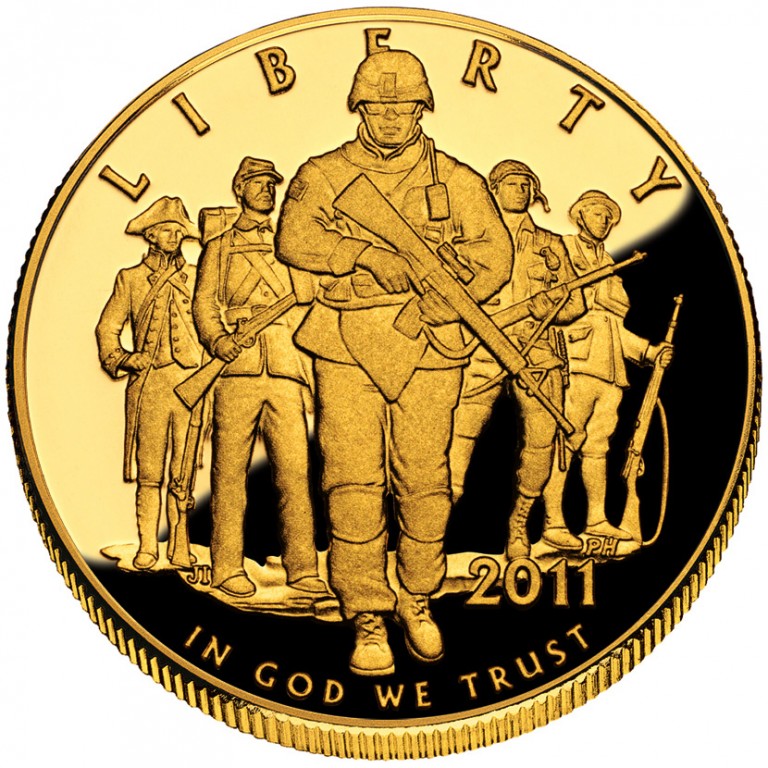 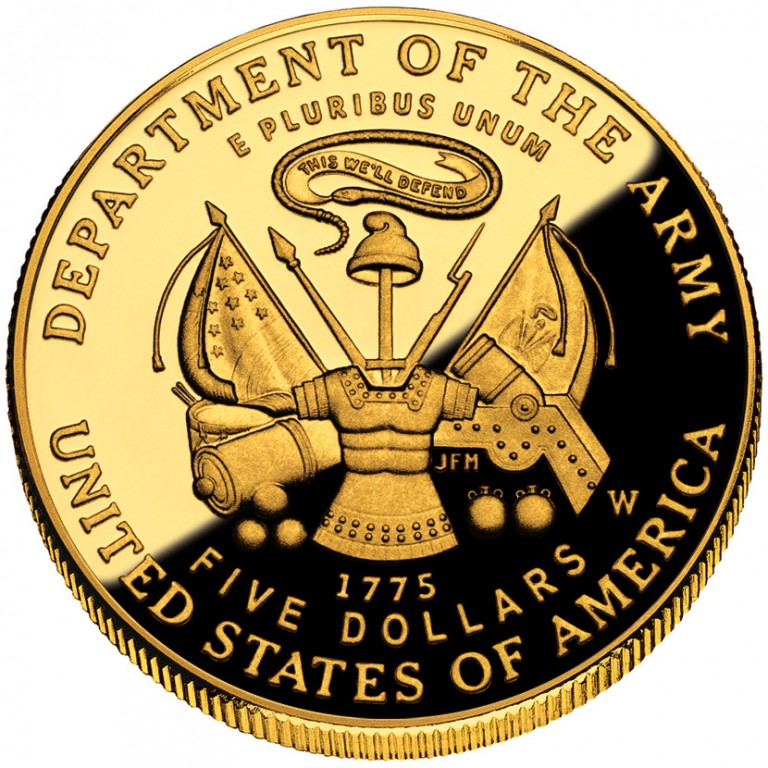 Obverse: This design represents the U.S. Army's war service from the Revolutionary War through today, symbolizing its continuity of strength and readiness. The design features, from left to right, Continental, Civil War, modern, World War II and World War I soldiers.

Reverse: This design is based on the official U.S. Army emblem and represents the unbroken history of loyalty and commitment to defend the Nation.